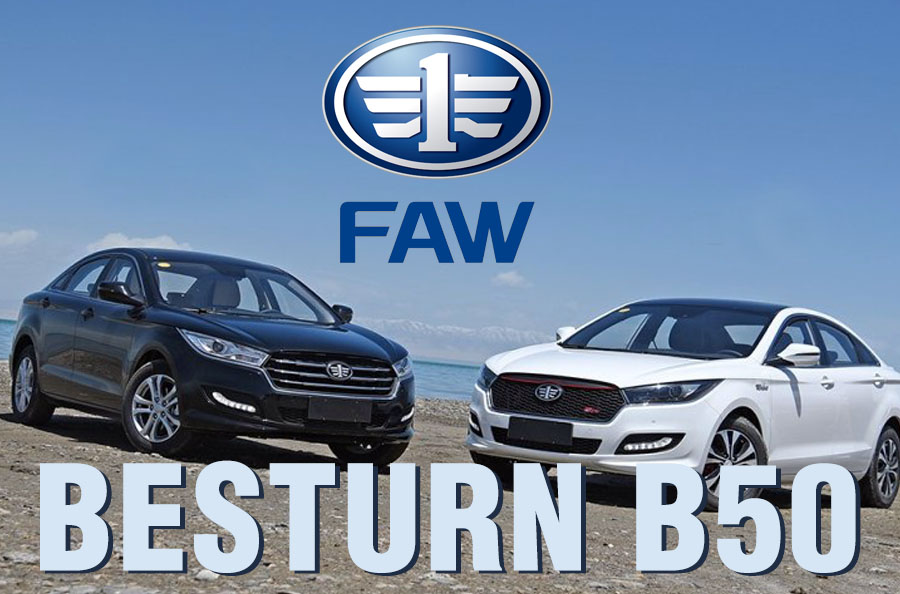 FAW (First Automobile Works) is a state-owned Chinese auto manufacturing giant and ranks among the top 4 Chinese auto manufacturers with an annual production of around 2.7 million units, the figure by any means is quite impressive. Unlike previous Chinese companies that brought clone-cars here, FAW actually has licensed products. It has joint ventures with world’s leading auto manufacturers including Audi, GM (General Motors), Volkswagen, Toyota & Mazda. Most of the cars that they develop are based on the technology they got from their partners mentioned above. Xiali, RedFlag (HogQi), Haima & Besturn are some of the brands FAW operates within China.

The Besturn B50 is considered as one of the finest Chinese vehicles and FAW’s successful model since nearly a decade. In 2013, with 62,342 sales, the B50 was the most popular model in the Besturn family, and in year 2014, 72,259 units were sold. B50 also boasts a 4 star crash test score from CNCAP. It is based on a proven Mazda 6 platform while under the hood there are Volkswagen sourced engines. Both Mazda & VW have joint ventures with FAW in China as mentioned earlier thus the technology used to develop the B50 is licensed.

Al-Haj FAW is working to bring its sibling the B30 here which might be launched in a couple of year’s time. And as told by a FAW representative, the company is planning to launch more vehicles including sedans as well as SUV to enrich their portfolio here. It is always nice to see someone other than Honda, Toyota & Suzuki to offer quality products in our market and so far Al-Haj FAW is delivering good. With the likes of B30 & B50 launched in our market, the company can claim itself to be a serious contender in the Japanese dominated automobile sector of Pakistan.

Very informative, thanks for sharing